You are here: Home / Activities / Marche's Cooking Class
DISCLOSURE: This post may contain affiliate links, meaning I get a commission if you decide to make a purchase through my links, at no cost to you. Please read my DISCLOSURE for more information.

Finding things to occupy an active 3 year old during a week-long school holiday break can be quite challenging, especially when you have an infant in tow who is just beginning to find his wheels but isn’t quite old enough to participate in anything constructive.  The cooking class that was being held at Marche’s in The Curve was an excellent activity.

There was not a lot of publicity about the event so I don’t know if this is just something they did for this particular school holiday or if it is a common event that occurs during all school holidays.  The only notice they had were some small flyers at the door to Marche.  If it weren’t for my friend who told me about it, I wouldn’t have known they were holding cooking classes.

The class was supposed to be for children 4 years and above, but they accepted Gavin.  The cost was a very affordable RM20 and ran from 2pm-4pm (although ours ran over time).  They take up to 20 children per session.  The session is pretty free and easy in the sense that parents could sit in the class and bring along nannies and younger children.  In this particular cooking session, the children were taught how to make Teddy Bear Cookies.  The children that were participating were given an apron and a chef’s hat.  They were given a demonstration on how to make the cookie dough. 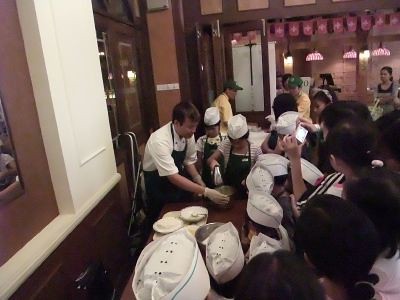 Then they were given a piece of cookie dough (previously prepared since the dough had to be refrigerated before moulding) to be shaped into a teddy bear’s face. 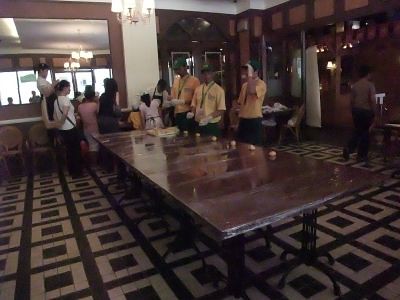 There were helpers to help the younger children who had trouble following instructions.  One of the helpers ended up making Gavin’s cookie three times because Gavin would crush the teddy bear face shortly as soon as the helper left.  The children were given extra dough to make another cookie of their choice.  No prizes for guessing what Gavin wanted to make… 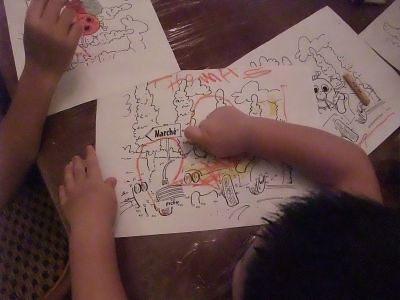 The cookies were then sent off to be baked while the children were given a colouring activity. 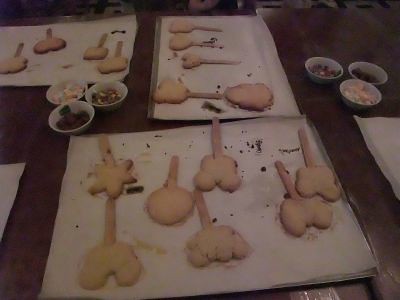 After the cookies were baked, the kids were given piping bags with royal icing and some sweets to decorate their cookies.  Most of the kids ended up sneaking the smarties and chocolates into their mouths instead of using them to decorate their cookies.  This resulted in a room full of sugar-high kids so if you were planning to let your child nap after the cooking class, your plans would have been foiled.

All in all it was a pretty fun way to occupy Gavin for a couple of hours during the week-long holiday break.  Although we could have done the same thing at home, attending the cooking class meant we didn’t have to clean up afterward and eat up a whole batch of sugar-loaded cookies.  Gavin enjoyed himself so much, he told me he wanted to come back again for more classes.  I hope they hold these classes again during the next holiday break.