You are here: Home / Activities / Activities: Melbourne Playground Crawl
DISCLOSURE: This post may contain affiliate links, meaning I get a commission if you decide to make a purchase through my links, at no cost to you. Please read my DISCLOSURE for more information.

Update: this post was written in 2013. Some of the information may be out of date.

There’s nothing like a playground to get a child excited, and when you’re in Melbourne, there are playgrounds everywhere. Every neighbourhood has several playgrounds to choose from. The best about young children that is so wonderful is that they aren’t picky. Give them a playground – any playground – and they’re happy. Even something as tiny as this playground is cause for rapturous squeals of delight.

And if it rains, well, there’s always the playground at McDonald’s (correct me if I’m wrong, but I think every McDonald’s outlet has a playground unless they are located in a shopping mall).

Speaking of shopping malls, I was pretty impressed to discover that Target at Westfield Doncaster has a sizable jungle gym in the toy department! When it’s home time, you can track your child down using the video cameras they have installed. It’s a great place for Daddy to keep the little ones entertained while Mum gets the shopping done. If the kids get sick of this jungle gym, there is another one outside Big W on Level 1.

Since we were on holiday, and the only activity I could plan with any certainty of success with Aristotle was a trip to the playground, I decided to broaden the boys’ experience by searching for a “nicer” playground. After asking around, we discovered Hays Paddock on Longstaff Street in Kew East. 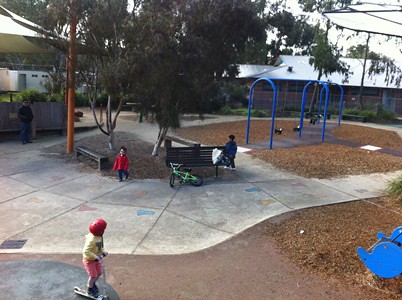 Here’s the background on Hays Paddock:

It was the first community playground in Australia designed so that all children could play on an equal basis regardless of their physical or intellectual capabilities. The need for a playground such as this was brought to the council’s attention by Dani Blanden and Jenny Graham who are parents of regular and disabled children. Working together with parents like Dani and Jenny, the City of Boroondara came up with the adventure playground in Hays Paddock.

The playground is currently undergoing further ammendments since it was first constructed but children are still able to play there. The area is fenced off with a latched gate so parents can relax while their children run freely within the compound. There’s also a BBQ pit and tables with benches if you want to make a day of it. That said, it is a popular place, even on a weekday, so it pays to get in early.

What’s at the playground?

Some kind of climbing structure which the kids can climb onto and bounce around on. There were also a couple of hammocks around that were largely being used by the children as extra play equipment. 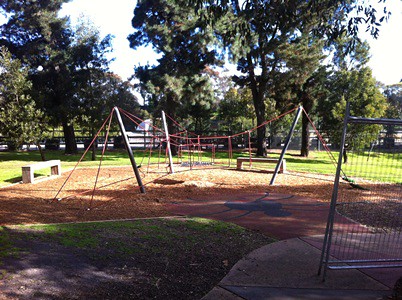 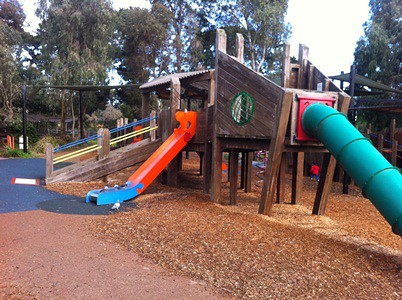 A long ramp leading up to a lookout that the kids can run up and down on (or they can climb the rope ladder on the other side if they are capable of it). 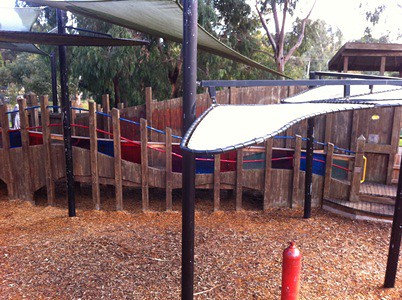 What’s a playground without swings? Aristotles hot new favourite feature is the swing. A playground isn’t a playground unless it has a swing (and I was just saying all kids appreciate any playground – well, this is what happens when they grow up a little). 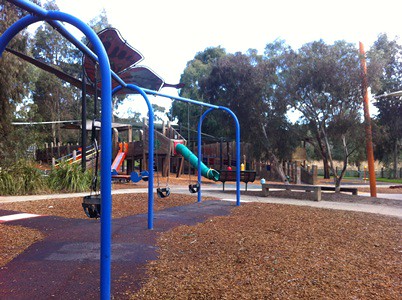 There is also a swing for disabled children because everyone should be able to join in the fun. 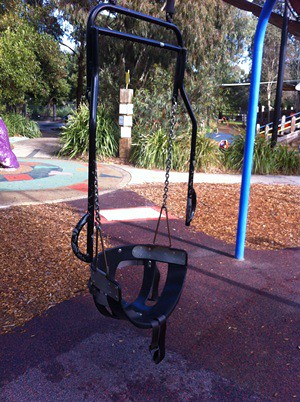 There are also various musical features around the park like these bells (just in case you couldn’t figure out what they were – don’t worry, I didn’t know what they were either until some of the kids started ringing the bells). 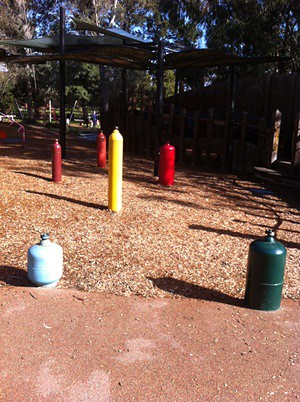 The highlight of the whole park – the sandpit. It comes complete with excavators and diggers, too! This was the best part for Aristotle and Hercules. They had so much fun in there that they tried to take home half the sand in their clothes and shoes. It was nice to watch germaphobe Aristotle rolling in the sand, though. I think it goes without saying that Hercules got right into it without any prompting. 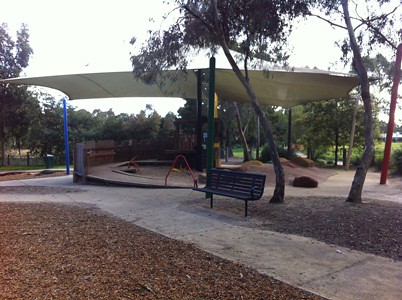 While the kids were playing, we discovered from the workers at the park that there is another similar park out in Markham Reserve, Victory Boulevard, Ashburton. There is a write-up about it on Melbourne Playgrounds. Check out a view of the park here: 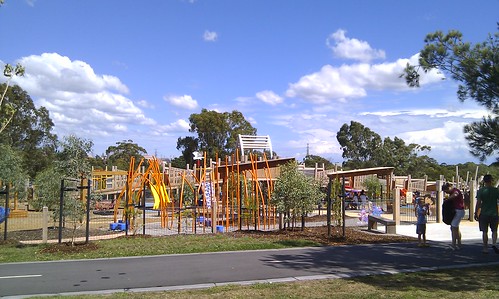 Of course, there are also the paid jungle gyms that you can take the kids to like Monkey Mania at the Docklands, but with all the free parks and playgrounds available, there really isn’t a need to frequent these places.

For more parks and activities you can do with the kids around Melbourne, you should check out Melbourne Playgrounds.