You are here: Home / Play / Sights and Sounds: Pulau Pangkor
DISCLOSURE: This post may contain affiliate links, meaning I get a commission if you decide to make a purchase through my links, at no cost to you. Please read my DISCLOSURE for more information.

We took the boys to Pulau Pangkor for a bit of R&R and to celebrate their grandfather’s 60th birthday. As we all know, play is good for our children (the big kids too!) so our fun in the sun was a perfect chance to romp around in the sand and waves. It was quite an adventure for Hercules because it was the first time that he had ever played with sand on a beach. I know! How neglectful we have been with our second child! At least Aristotle saw his first sandy beach when he was 17 months old at Tanjong Jara.

Given how crazy Hercules gets with the sand pit at school, it was not hard to imagine how he would feel about the beach – it was like being in a giant sandbox! Indeed it was love at first sight for Hercules and he went into a meltdown when we said we had to have lunch before we could play at the beach. So enamoured was he that he even declined the offer of ice cream so he could collect twigs and play with the sand! Hercules is truly a boy after my own heart. 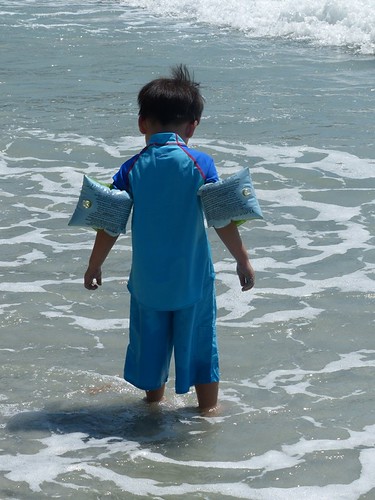 We had a few firsts on this holiday, even for Aristotle – it was the first time he rode a ferry, a jet ski, and a motorbike. My SIL2 and I tried to entice him with a nice paddle out to sea in a kayak but he declined. I think we’ve established that he is clearly Daddy’s boy – if it ain’t mechanised, he ain’t interested. 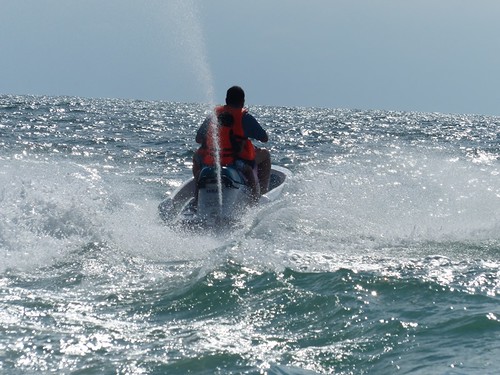 The boys also made their first sandcastle – or rather Aristotle, Daddy and Uncle S worked hard on it while Hercules tried to undo all the hard work. The first masterpiece was dismantled by Hercules the Destroyer. At least we got a few snaps of the second masterpiece before the nature claimed it… 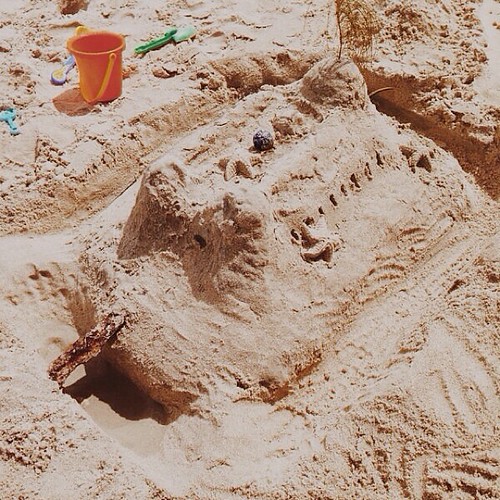 Hubby and I discovered how nice it is to travel with the extended family when you have kids. It’s like having your own personal entourage of nannies. We even managed to squeeze in a massage at the spa! The hardest part of the trip was going home. Hercules had a severe bout of holiday blues when we were leaving. He cried himself to sleep. I felt like crying, too.

It was a great family holiday. No agendas, no schedules, no rushing around and getting agro – just a great time for play, family bonding and enjoying each others’ company. These are the memories our children are going to remember when they grow older so we thought we’d make more of them. Given the fast pace of life that we live in this day, it was also nice to just slow down and not worry about the time for a while. I think we should all do this more often.