You are here: Home / Brain Development / What are the Benefits of Nature on the Cognitive, Emotional, and Physical Health and Development of Children?
DISCLOSURE: This post may contain affiliate links, meaning I get a commission if you decide to make a purchase through my links, at no cost to you. Please read my DISCLOSURE for more information.

I fell down recently and took skin off both knees. It was quite nasty. Aristotle and Hercules were in awe of my wounds. Most probably because they have never sustained such injuries before and that got me thinking…

When I was Hercules’ age, I had already experienced my fair share of grazed knees. So had my brother even though he was more cautious and was much like Aristotle. It made me think about the differences in the way my children were growing up and suddenly I felt sad. It’s not that I wish for them to endure pain and injury – what parent would want that for their child – but that their childhood is so different to the one I led. They’ve never climbed a tree and spent an afternoon in its branches. Even though I try to get them back into nature as much as is possible given the concrete jungle that we live in, I can’t help but feel it isn’t enough.

We could argue that it is a different world that our children are growing up in and we have to adapt to the new environment, but there are plenty of reasons why it is important to maintain our links to nature. Here are some top reasons to get the kids outdoors for a bit of fresh air and sunshine (from Bjorrnson, South Source). Children who regularly experience nature play:

What are the impacts of nature on cognition?

There is a theory called the Attention Restorative Theory (ART) which follows the premise that individuals are able to concentrate better after spending time immersed in nature. This includes physically being in nature as well as looking at images of natural scenes. The fast paced environment that we live in makes constant demands on executive attention to switch between tasks, maintain task goals, and inhibit irrelevant actions or cognitions. This taxes our executive attentional system and depletes our ability to remain focussed. ART suggests that regular interactions with nature can help to replenish these depleted attentional resources.

According to a study “Creativity in the Wild: Improving Creative Reasoning through Immersion in Natural Settings“, four days of immersion in nature increased performance on a creativity, problem-solving task by 50% in a group of naive hikers.

This reminds me of a child I heard about who was struggling in third grade school despite attending after school tuition daily and Saturday school. The extra classes were intended to help him perform better in school but he was still failing. He spent the entire day either in school or attending extra classes. When he was home, he was either having a meal or in bed. Perhaps what he needed wasn’t more classes but some time in nature to restore his depleted attentional resources. It is likely that he was struggling with school work because he was too tired to concentrate on learning new material. If you think about it, those are pretty intensive working hours. Who wouldn’t feel mentally fatigued? 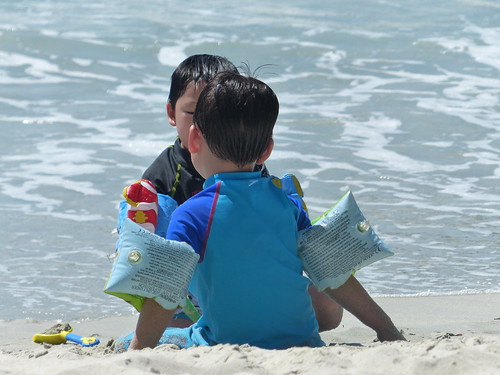