You are here: Home / Fun Stuff / DIY Video Project: The Story of the Hokkien New Year
DISCLOSURE: This post may contain affiliate links, meaning I get a commission if you decide to make a purchase through my links, at no cost to you. Please read my DISCLOSURE for more information.

For Chinese New Year this year, I wanted the kids to learn more about their Hokkien heritage. One of the stories I shared with them was about the Hokkien New Year. Unlike the Story of the Chinese Zodiac and the Legend of Nian, there aren’t any youtube videos about why the Hokkiens celebrate Bai Ti Kong (at least, none that I could find). So I had this brilliant idea to get G1 to create his own video.

Being a child of the iPad generation, creating videos is something quite familiar to him. He has worked on projects for school as well as his own personal ones at home, including:

What’s Great About a Video Project

A video project offers numerous benefits for kids. Here are some of them:

The kids can get started by reviewing how animation movies are created so they can get an idea of the process they should follow when planning their own video.

The Process of an Animation Movie

What apps will you use to make your video? Here are a few apps we have used before:

Create movies like Wallace and Gromit or LEGO. Everything you need to create a beautiful stop motion animation on your device. No computer needed. Simple to use. Cool themes, titles and sound effects are easy to add, too. 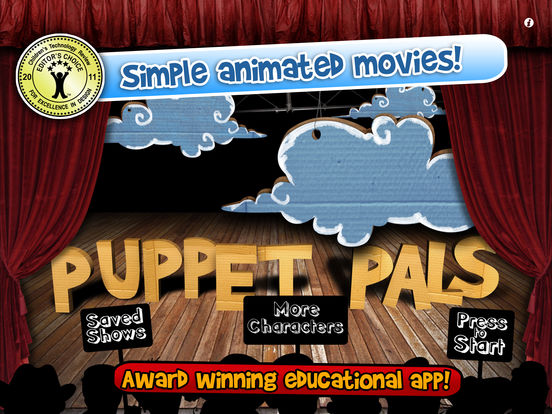 Create your own unique shows with animation and audio. Simply pick out your actors and backdrops, drag them on to the stage, and tap record. Your movements and audio will be recorded in real time for playback later. Put your creativity to the test as you act out a story of Pirates on the high seas, fight as scary monsters, or play the part of a Wild West bandit on the loose. You can even combine any characters however you want!

With a streamlined design and intuitive Multi-Touch gestures, iMovie lets you enjoy your videos and tell stories like never before. Browse your video library, share favorite moments, create beautiful movies, and watch them on all your devices in iMovie Theater. And with the iMovie extension, it’s fast and fun to make every video more memorable — right in the Photos app.

See also: 10 Apps for kids to create their own videos from iGameMom

Putting It All Together

This was the end result that G1 presented to me:

Well, I suppose I did tell him to feel free to embellish the story to make it more interesting.