In a recent post, we explored the negative effects of blue light on sleep, but while those effects may be hazardous for sleep, they can be quite beneficial when we’re awake.

If you’re reliant on your morning cuppa to kick start the old “grey cells”, you may want to reconsider using blue light instead… In a study comparing the effects of blue light versus caffeine on cognitive function and alertness, researchers found that while both blue light and caffeine had beneficial effects, subjects who received blue light only consistently out-performed the caffeine subjects. This is likely due to the negative effects of caffeine on anxiety, whereas blue light has none.

A comparison of blue light and caffeine effects on cognitive function and alertness in humans – PLoS One, 2013

Twenty-one healthy subjects performed a computer-based psychomotor vigilance test before and after each of four randomly assigned trial conditions performed on different days: white light/placebo; white light/240 mg caffeine; blue light/placebo; blue light/240 mg caffeine. Both the caffeine only and blue light only conditions enhanced accuracy in a visual reaction test requiring a decision and an additive effect was observed with respect to the fastest reaction times. However, in a test of executive function, where a distraction was included, caffeine exerted a negative effect on accuracy. Furthermore, the blue light only condition consistently outperformed caffeine when both congruent and incongruent distractions were presented. The visual reactions in the absence of a decision or distraction were also enhanced in the blue light only condition and this effect was most prominent in the blue-eyed participants.

In another study, researchers found that the use of “blue-enriched” white light in a classroom helped to improve the students’ concentration and increase their cognitive processing speed. 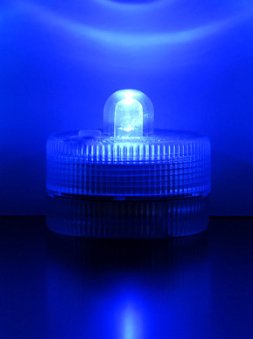