Read the best books first, or you may not have a chance to read them at all. – Henry David Thoreau

My two boys love their books. But there are some books that they love more than others. So we share them here… If your children have not read them yet, we hope they enjoy them as much as ours have.

These are books that G1 has read over until the books are so worn, I’ve had to patch some of the pages with tape: 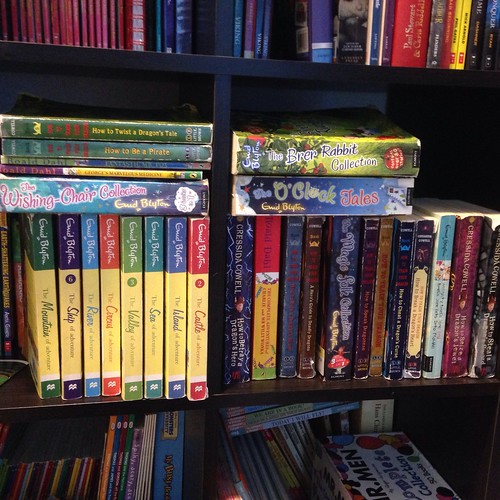 Hercules’ reading vocab has been developing pretty well. He has gotten to the point we were at with Aristotle some time back where he is ready for more challenging books but has yet to transition to chapter books with more words and less pictures. I’ve learned to relax a lot more with Hercules so I was pretty content to let him be. Turns out, he made the transition himself. It started with the longer storybook apps from Chocolapps where there were more words. Among these, his favourites have been Robin Hood and Zorro – whom he now aspires to be like as he incorporates these characters into his imaginary play.

The Chocolapps Kid-Ebook collection makes a great daily companion for every beginning reader as well as those more advanced, who may also be excited to discover new languages while enriching their literary culture.

Chapter Book: a book for young children that is divided into chapters (=sections) and tells a story in writing rather than in pictures – McMillan Dictionary

Recently, I spied him reading the stories from Zalairos Adventures by Skoolbo. In Zalairos Adventures, there are pages where there are only words and no pictures. I was surprised to discover that Hercules was still following the story rather than switching the app off – his eyes would be scanning the words on the screen. In his imaginary play, he has become Ace (one of the characters in the stories), his brother is Sorcero, and I am Lottie.

Twenty-five full audio books – over 12 hours of content – all for FREE!! There are no in-app purchases – everything is free!! Enjoy!

The Zalairos Adventures are designed to instill a love of stories in children. They are a wonderful series filled with dastardly villains and impossible predicaments. The stories have been developed to help children with their reading and comprehension skills. They are beautifully illustrated and narrated. At the end of each story there is a comprehension section. Children can select between listening to stories or reading independently.

The Zalairos are the characters from the world’s largest educational game – Skoolbo.

Reading stories about characters he admires has really altered his imaginary play. Now he initiates his own imaginary scenarios rather than simply following along to his brother’s like he would usually do in the past.

I was introduced to this series a couple of years back when I was looking for books for G1. I confess that I spurned the series because I felt it a literary inferior to my son’s reading capabilities. How would I know that in a couple of years I would be buying this series for my younger son? I’ve humbly climbed down from my literary high-horse and adopted Neil Gaiman’s philosophy – as long as it gets the kids reading and loving it, it’s a good book. By that definition, Geronimo Stilton is a great book because it’s got the kids hooked. Even G1 couldn’t resist reading his brother’s books and is starting to pester me for more… 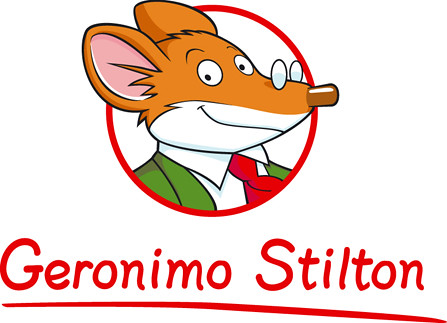 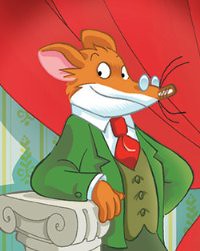 Born in New Mouse City, Mouse Island, Geronimo Stilton has been the editor and publisher of The Rodent’s Gazette, New Mouse City’s most widely read daily newspaper, for the past 20 years. He is the author of more than 40 adventure novels, and the recipient of several awards – the Ratitzer Prize for his books The Curse of the Cheese Pyramid and The Search for Sunken Treasure, the Andersen 2000 Prize for Personality of the Year, and the 2002 eBook Award. In his spare time, Mr. Stilton collects antique cheese rinds and plays golf. He also enjoys telling stories to his nephew Benjamin.

This is a series about a mouse – Geronimo Stilton – who enjoys a good adventure and is a writer for The Rodent’s Gazette. His books are all about his amazing adventures that not only captivate the kids, but will teach them a thing or two about the world around them.

There are three main series of books:

There are also other minor series:

The chapter books are written with lots of coloured pictures and different fonts in different colours. Check out the preview on Amazon to see how it reads. It’s also easy reading so it’s a good place to start if you’re looking to transition your child from picture books to chapter books. 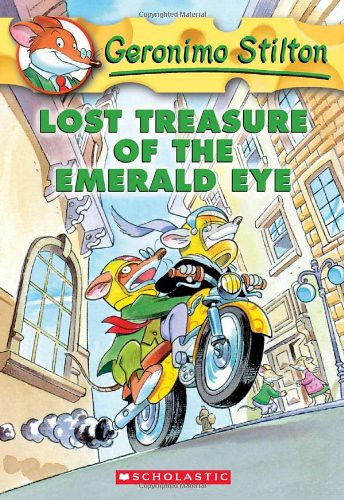 The recommended age group for the Geronimo Stilton chapter books is 7-10 and the books are available on Amazon for $5.71 each.