G2 is my active child. He is always in motion even when he’s engaged in a “sedentary” activity. He can read rolling around and play the iPad with his bottom jiggling to the beat of music only he can hear. “Walk” is not in his vocabulary – only running, skipping, and jumping. He is also a child with a high tolerance for pain and he often meets with bumps and scrapes that we never hear about until we see the bruise appear. Even the falls that we observe, he often brushes aside as “nothing” unless it is REALLY BAD.

Recently, he complained that his leg hurt. When we asked about it, he was rather vague about the nature of the pain…

G2 waves vaguely to his right leg that could be anywhere from below his knee to his foot. I examine his entire leg and I cannot see any signs that might suggest the cause of the pain. Some months back, he had complained of vague pains in his leg. I asked the doctor about it and he put it down to “growing pains”.

It sounds like some fictitious syndrome that is an old wives’ tale than a real medical condition but it exists. It basically refers to any unexplained nerve pain that occurs in the limbs of about 25 to 40% of young children between the age of 3 to 5 years old, and 8 to 12 years old. It usually occurs when your child has had a particularly active day – lots of running, jumping and climbing (which sounds like any typical day for G2). Complaints about pain usually occur in the late afternoon or evening and it can sometimes wake your child up. There are no signs to show anything wrong with the child’s limbs – joints look fine, no bruises, redness, or swelling of any kind. These pains pass on their own but symptomatic treatment can be given to help your child through it, such as massaging the area, stretching, placing a heating pad on the area, or giving pain medication like ibuprofen.

The first time G2 complained about his leg pain, this was exactly the scenario – he had complained just before bed and he had woken up crying in the middle of the night. It had been an extra active day because he attended a play date after school where he was running around with his friends.

I thought the recent leg pain was another bought of growing pains. I thought it would pass after a good night’s rest but he complained again the next day. We looked at his leg again and noticed that his ankle looked slightly swollen. G2 often stumbles while walking with no consequence for much of the time – this was his first sprained ankle and we missed it because he is such a rough and tumble boy.

Sprained ankles can occur when you stumble walking on uneven ground, slip while walking downhill or twist your ankle while placing your body weight on it. Depending on the severity, it can stretch or tear the ligament. The recommended treatment is – RICE:

RICE is great for adults, but not so easy to follow with a child like G2. He would walk on the ankle despite being told to stay off it. He would shift the ice pack around and put it on various other parts of his body when we weren’t looking. The only time we could elevate his leg was while he was in bed for the night and even then his leg didn’t stay elevated. 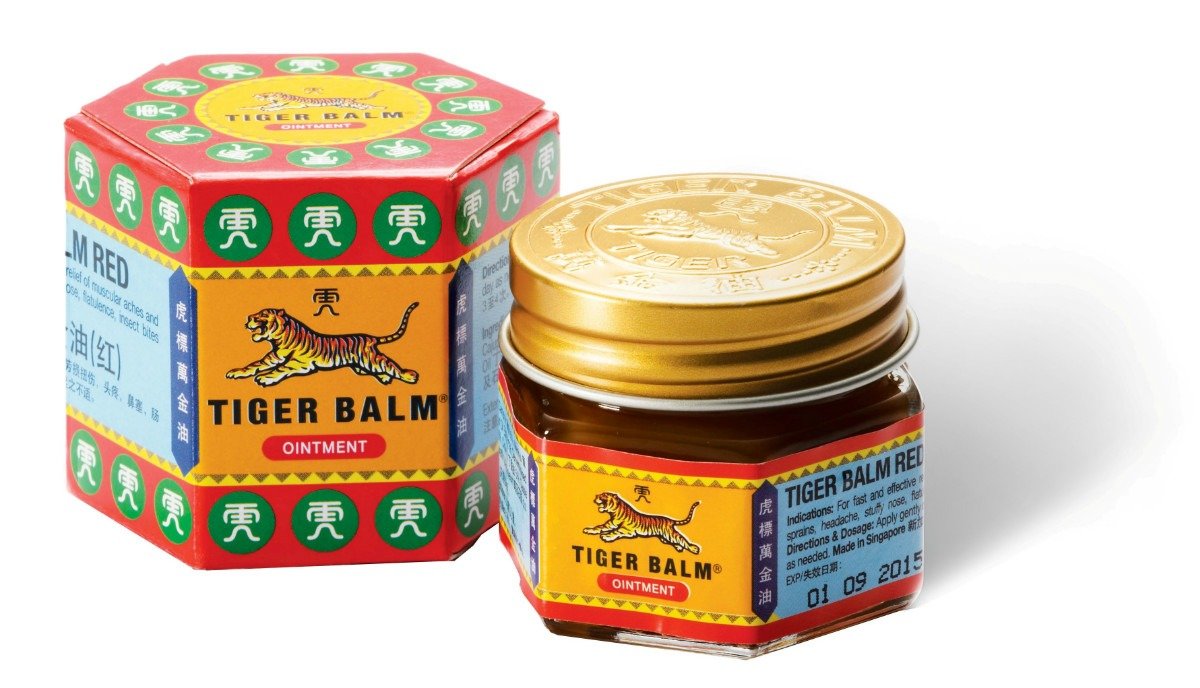 In the end, we used our trusty Tiger Balm Ointment which seemed to help relieve the pain. The pain wasn’t too bad so we didn’t need any pain medication but paracetamol and ibuprofen can help if it is particularly bad.

It is also important to rehabilitate the ankle with ankle exercises:

Hercules has been behaving out of character lately. Up until now, I have never had to do a differential analysis for the change in his behaviour (unlike Aristotle, who required one at regular intervals since before he was even 1 year old). Aristotle has always been my super-sensitive child that needed careful management at every step of the way. Every few months, I would be flying to the books to decode his latest behavioural changes and learn how best to manage it.

Hercules was not at all like that. He was a pretty easy baby and toddler – as long as you don’t count the stuff that he destroys on a regular basis, and the scrapes he gets into because of his intense curiosity. Otherwise, he’s generally a very pleasant child to be around because the takes everything into stride. He is often of a sunny disposition and usually recovers quickly from hurts and upsets. He gets excited about almost everything and is a lot of fun to be around.

Shortly after his third birthday, Mr Hyde emerged. Hercules became disagreeing, irritable, and extremely temperamental about everything. “No” became a favourite word as he pointedly refused to do anything he was asked to do. Nothing we said or did could bring about a change of heart.

I started timeouts (which weren’t really working) because he would be hysterical while he was in it but the moment I let him back in, he would promise to behave with the most cheerful voice and repeat his offenses five minutes later. It was a hair-tearing experience which left me sorely tempted to throw the mother-of-all-tantrums myself. I could not master the look or tone that Daddy delivered with such effectiveness and I could not gain my child’s cooperation with anything without the use of force.

He wouldn’t take his bath, he wouldn’t eat his dinner, he wouldn’t change his clothes, he wouldn’t sit on the toilet to pee even though I knew he had a full bladder, and the list goes on. After dropping Aristotle at school, Hercules would complain all the way to his own school, stating that he didn’t want to go to school. Since he started school, Hercules has generally been very eager and happy to go to school (there was a small hiccup along the way but it smoothed out very quickly without too much intervention). Even the teachers at school were stunned to observe this change in his behaviour.

Although he resists going to school, the day generally goes well once the other children (particularly his bestie) arrive. The teachers report that no incidences arose and that he participates in almost all the activities willingly. He clearly does not appear to dislike school because he does appear to enjoy it.

What could it be?

I decided to create a differential list of possibilities based on what’s been happening. Here it is:

What can be done?

Heguru recommend offering greater understanding and cutting your child some slack during this difficult growth process. Harvey Karp recommends better communication with your child so he feels connected and “heard”.

So recently, when he threw a tantrum at the doors of his school, I, too, flung myself onto the floor beside him and continuously repeated what he was saying: “Didi says ‘No school! No school! No school!'” While I spoke, I stroked his chest. I continued echoing his feelings and stroking his chest until he calmed down.

When he was silent, I reminded him about all the fun things at school that he liked – his friends, painting, making sand castles, the playground… If he started crying again, I would switch back to echoing until he calmed down again. And we continued repeating the cycle until he finally said, “Mummy come with me.”

So I followed him into school. After he was settled, I asked if I could leave and he said “ok”. I gave him a hug and a kiss and told him I would see him after school and he was fine. The next day, there was no problem going to school. Was it because he now felt he was “heard”? Maybe. Or it could also be more sleep…

The day before, he dropped his nap. He fell asleep during dinner and slept all the way until morning. It was the first full night’s rest he had had and perhaps that was why he responded better towards going to school…

Usually spending more play time with me can help to make up for the lost connection he feels. Now that he is getting less “Mummy time” through nursing and sleep, we need to up the time with other activities.

Slow to Warm Up

This was not listed under the differential list because it can only really apply to the school incident. Hercules has a carburetor engine – he’s slow to warm up to new things. For instance, he hates wearing new clothes and shoes. Even when he was outgrowing his old shoes, he would still insist on wearing them until we had to hide them and force him to wear his new shoes. Once he wears the new shoes, they immediately become a fast favourite. Same goes for new clothes.

In the instance of school, one of the teachers remarked that at the start of every new week, Hercules is usually more reserved than usual. He will gradually warm up as the week progresses.

So I guess we’re just going to do all the solutions mentioned above, cut him some slack, and ride the storm until he finds himself again.