If you’re looking for some fun for the family this Lunar New Year, look no further… (also because we love LEGO because it helps children develop many skills)

From 5 January to 2 February, LEGO Malaysia will be ushering the Lunar New Year with the “Gift of Play” at:

What’s On at LEGO Malaysia’s Gift of Play

Like a scene from Legoland, expect to find amazing LEGO MOCs (My Own Creation) on display. These have been put together by AFOL (Adult Fans of LEGO) from Synergy LEGO Users Group.

Find your life-sized LEGO Zodiac and learn more about your zodiac sign.

Join in the fun and try your hand at the various LEGO activities available.

Team up with friends and family to see who can build a LEGO Rat set the fastest. There will be weekly winners and one grand prize winner with LEGO sets worth RM1000!

Drum Up the Lion

In this activity, kids will have to follow the instructions given to build the LEGO Traditional Drum. They will then have to beat the drum to wake the sleeping lion on the screen. Kids 15 years and below will be able to redeem a “wishing card” to make a wish for their dream LEGO set.

Give the Gift of Play

In this activity, kids can follow the instructions or build their own shadow puppet creation. They can shine the light to project their shadow puppet onto the screen and tell their own story.

Register to redeem a “wishing card” based on your Zodiac sign. Write down your wishes for 2020 and ask a LEGO crew member to help you hang it on the Wishing Tree.

As with all special LEGO events, there are special edition LEGO sets available in addition to exclusive event promos.

If you shop* at the LEGO pop-up stalls set up around the “Gift of Play” attractions, you can get one of the following limited edition gift with purchase items:

Give your kids the “Gift of Play” this Lunar New Year!

The holidays are upon us and I didn’t want the boys having too much time on their “screens” so I gave them a project.

Design a Board Game

Why a board game? Because board games for good for executive function development so we’ll have a new game to play after they’re done. See, I like efficiency – one activity, multiple benefits.

To give them a springboard to get started, I brought out their old Lego Ninjago Board Game for inspiration. Then I told them to come up with their own game with their own rules. This was G1’s creation – inspired by Nexo Knights and Minecraft: Rules of the Game

Taking a leaf out of G1’s school enquiry project, I told him to “SCAMPER” his board game. SCAMPER is a mnemonic for brainstorming new ideas to improve an existing idea/product/concept.

These are the new rules and modifications after SCAMPER (written by G1):

Volcano Battle is a four-player game where the winner is the person who gets to the top of the volcano and defeats the boss. The youngest player starts first.

There are three ways to die: Be possessed by a death spirit, landing on a black space, or battling the boss and losing. If you die, all your extras (Good spirits, weapons, etc, etc) are lost. You then go straight into the volcano for two turns. If you die three times, you are out of the game.

When you get to the top of the volcano, you will have to fight the boss to win. To fight, you have to roll a dice. The results:

If you have extras that interfere with this dice roll and tell you to do something else, then listen to the extras.

If you choose to be possessed when you land on the Skull Space, you roll a dice. The results:

There are two ways to win. The first way to win is defeat the boss. The second way to win is survive until you are the last player in the game.

There are five weapons: Flame Sword, Slime Gun, Shadow Gun, Golden Sword and Ice Crystal. The different weapons have different ways of helping you win when you are fighting the boss.

G1 has continued to build on the game, so I’d say that this project is far from over.

We are big fans of LEGO not just because it’s great for children’s development but also because it’s fun. LEGO:

LEGO is also a great way to promote STEAM education.

Now you can extend your child’s learning with LEGO with Bricks 4 Kidz. Touted as the USA No. 1 child enrichment program, Bricks 4 Kidz helps develop children’s creativity and innovative thinking. By using LEGO bricks as a teaching tool, Bricks 4 Kidz teach children the academic disciplines of STEM with specialised lessons.

What children will learn:


During the Christmas holidays, I was trying to get the boys back into the mood for creative LEGO play so I decided to inspire them with my own creation (MOC). I took the LEGO Mountain Hut… 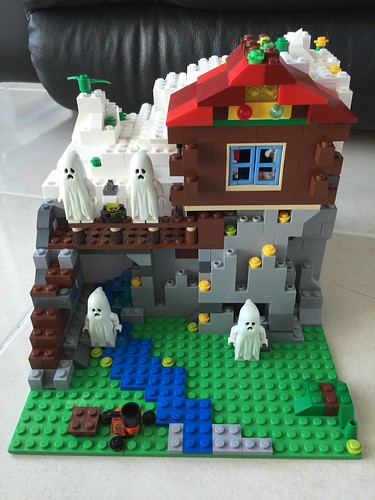 …and modified it by constructing a mountain behind it… 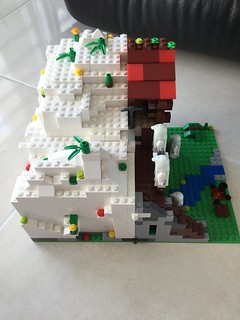 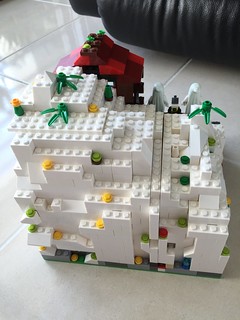 …with a secret hideout: 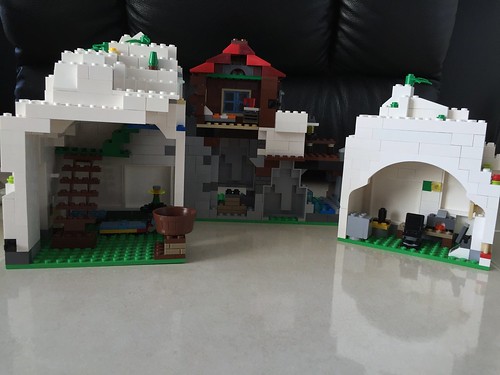 I was hoping to inspire G1 to work on his own MOC but it didn’t take. Both boys ended up using my creation as a playscape for some creative play. I didn’t complain since it meant that they were doing something other than the idiot box or the iPad.

The holidays came and went and nothing happened – they weren’t inspired at all. I was disheartened.

Then one day after school, G2 started tinkering around with the LEGO bits I’d organised by colour and started making a temple. The temple evolved into a seascape. 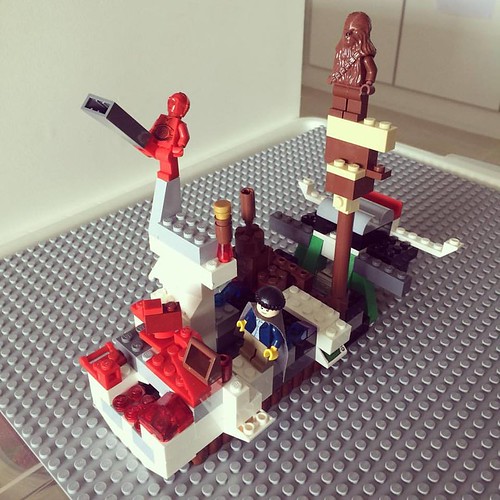 He worked on it all evening until bedtime and then he told me that he made it for me to play with and that I could create my own adventures if I wanted to. Since that evening, he has gone back to continue working on his project. The seascape continues to evolve and I can’t wait to see what else he comes up with.

This is the first serious MOC that G2 has created on his own (before this he was content to follow the instruction booklets) so I wanted to mark the milestone with a mention. I think the Master Builder has finally arrived.

G1 has been wondering about the LEGO Mixels Series 8 – what will new ideas will LEGO come up with next? So I suggested that he come up with his own series 8 instead of waiting for LEGO. Here’s his LEGO Mixels MOC Series 8 (please note, he says, he does not have all the right colours for his Mixels so please use your imagination):

The Aquamites are a water tribe with special water powers. They like to splish, splash, splosh around, annoying the other Mixel tribes with their water games.

Splish can shoot water from his hands and his tail can shoot powerful water darts: 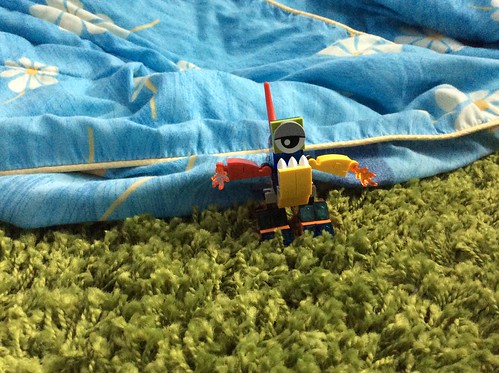 Splash is the leader of the Aquamites and he can breathe water (instead of fire, of course). He has a spike on his head made of water which glows when he’s near water. 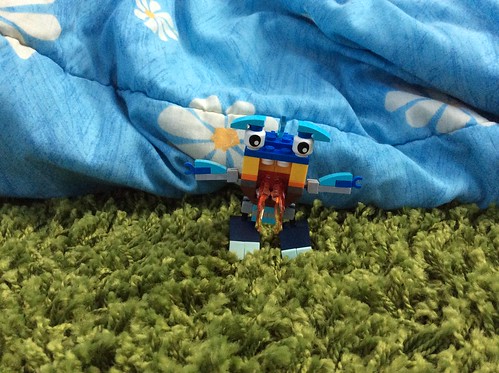 Splosh has special water-skiing feet and he can also shoot water jets from his hands. 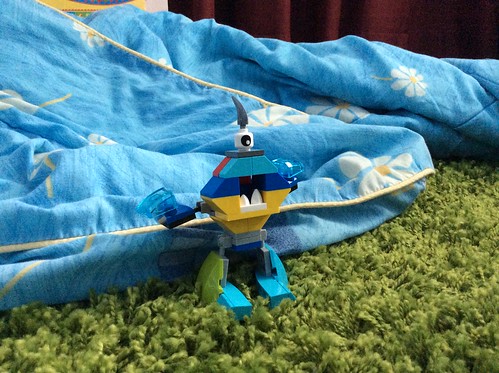 Combine the Aquamites and they make Aquamites Max with his awesome tidal-tsunami power that blows away anything in his path. First he flies up and shoots water with his feet, then he lands with a powerful watery stomp, making geysers erupt from the earth all around him. Finally, he turns into a whirlpool, sucking everything with centripetal force into his maelstrom, causing everything around him to get super-soaked. 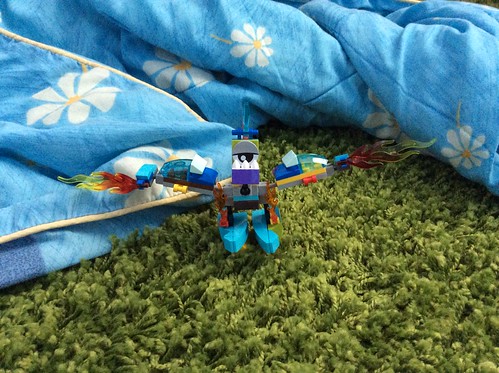 When kids don’t read, work math problems, or aren’t engaged in other learning experiences, not only does their education not continue, it can regress. This problem usually occurs when kids don’t get opportunities to learn over the long summer holidays. It can result in these children coming back to school at a disadvantage. This decline is known as the Summer Slide and it can be defined as the loss of academic skills that occurs over the summer vacation.

The summer slide isn’t a big problem so long as you provide your child with lots of learning opportunities throughout the summer. Here are some of the activities we got up to over Summer to beat the Summer Slide (aside from the physical activities that Mama the drill sargeant implemented)…

Summer holidays are the perfect time to do all those science experiments you never get time to try during the school year. Here are a couple that we got to work on: 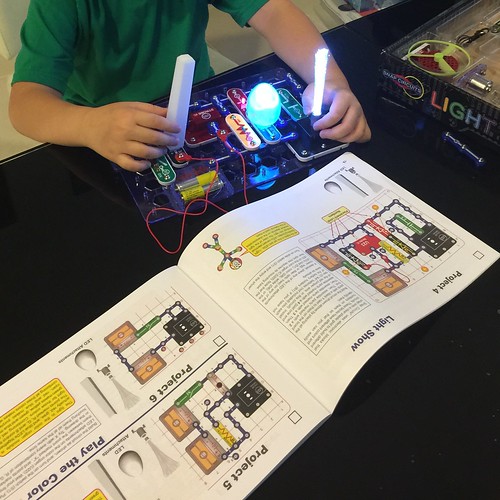 G1 worked on a new Lego Mindstorms project. He made the Ev3 2D2… 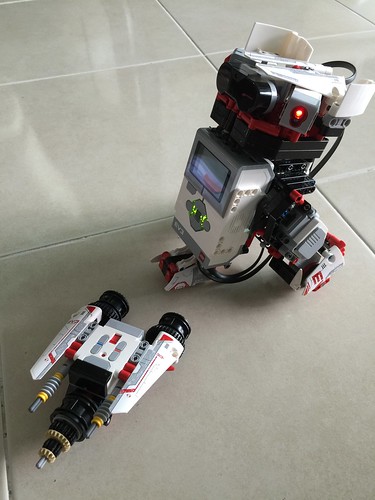 G2 made a robot, too – Lego Creator Future Flyers – and he worked on it all by himself! 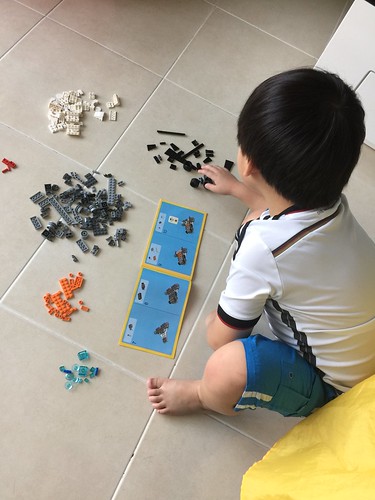 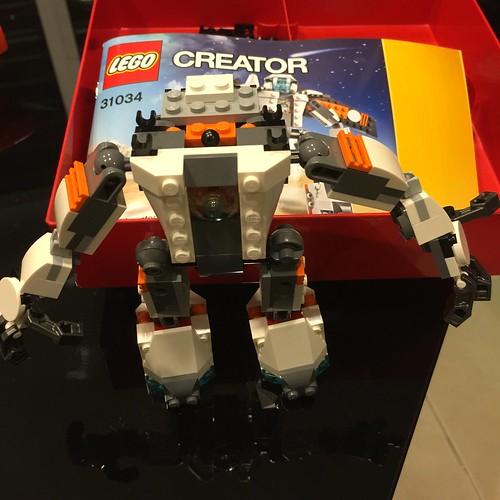 See also: The benefits of playing with Lego

The boys were astronauts sleeping in space… 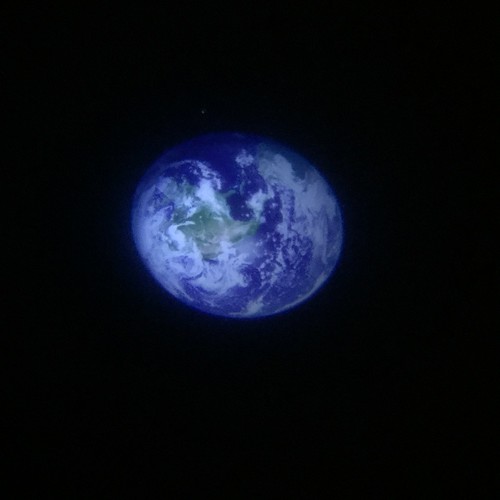 And they went on a quest with their Targimals and Forge of Honor weapons to save the world from the Endless Night. They battled ferocious monsters… 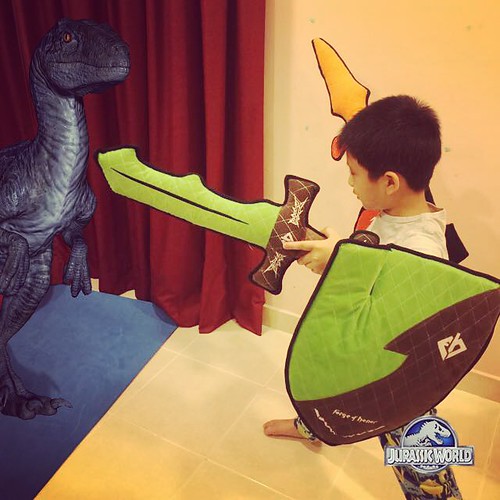 …and sailed valiantly into a giant maelstrom in search of the shards of daylight that would banish the Night Monsters and the Endless Night forever. 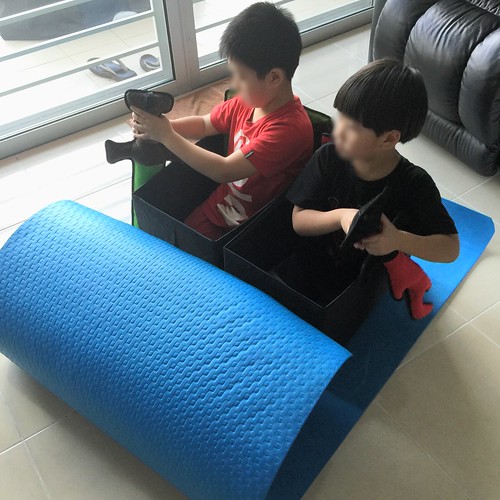 We finally managed some semblance of regular piano practice with the help of the Piano Maestro app. 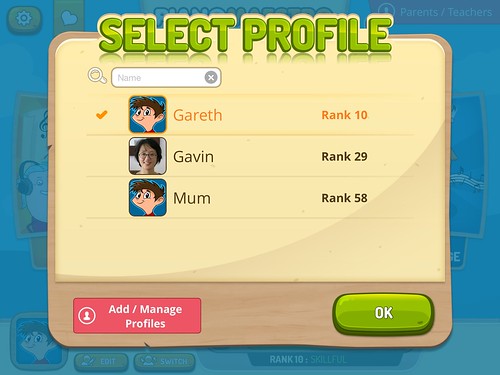 What’s a holiday without a good book? Should I also add that reading is one of the easiest ways to beat the Summer Slide…

The boys have discovered The Smurfs. Admittedly, they’re graphic novels and considered poor literature to an intellectual snob, but I’ve come to accept that any book is a good book if it can inspire a child to love reading… 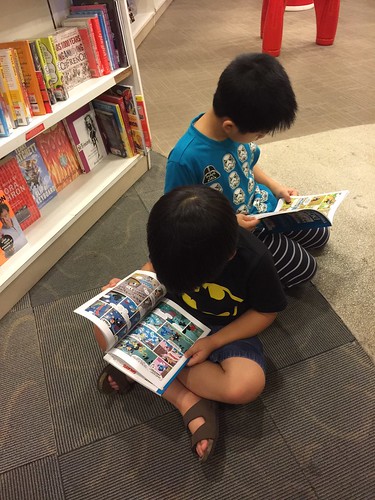 G1 also caught up with a few of Rick Riordan’s books that were newly released.

The boys spent some time visiting their great grandparents where they also got a bit of practice reading aloud. 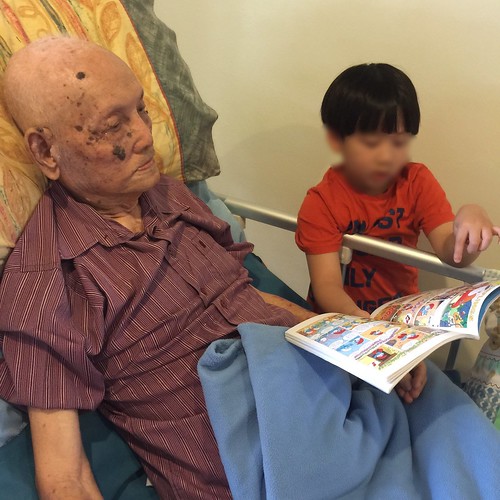 Taking the kids on holidays to experience new sights and sounds are also a terrific way to beat the Summer slide. They are also a great way to spend time together as a family, and they’re fun.